In 2017, ECHA, Denmark, Italy and Norway proposed to restrict more than 4 000 hazardous substances, including those classified as skin sensitising substances, used in tattoo inks and permanent make-up. 68 % of people with tattoos have reported skin problems with 6 % reporting persistent skin symptoms. At the end of 2020, the European Commission adopted the restriction and it started applying in the EU/EEU after 4 January 2022. This restriction aims to make tattooing and permanent make-up safer.

The French authorities are proposing an EU-wide restriction on hazardous substances found in single-use baby diapers. They sent their proposal to the Agency in October 2020. ECHA's scientific committees concluded their opinion on the proposal in December 2021. 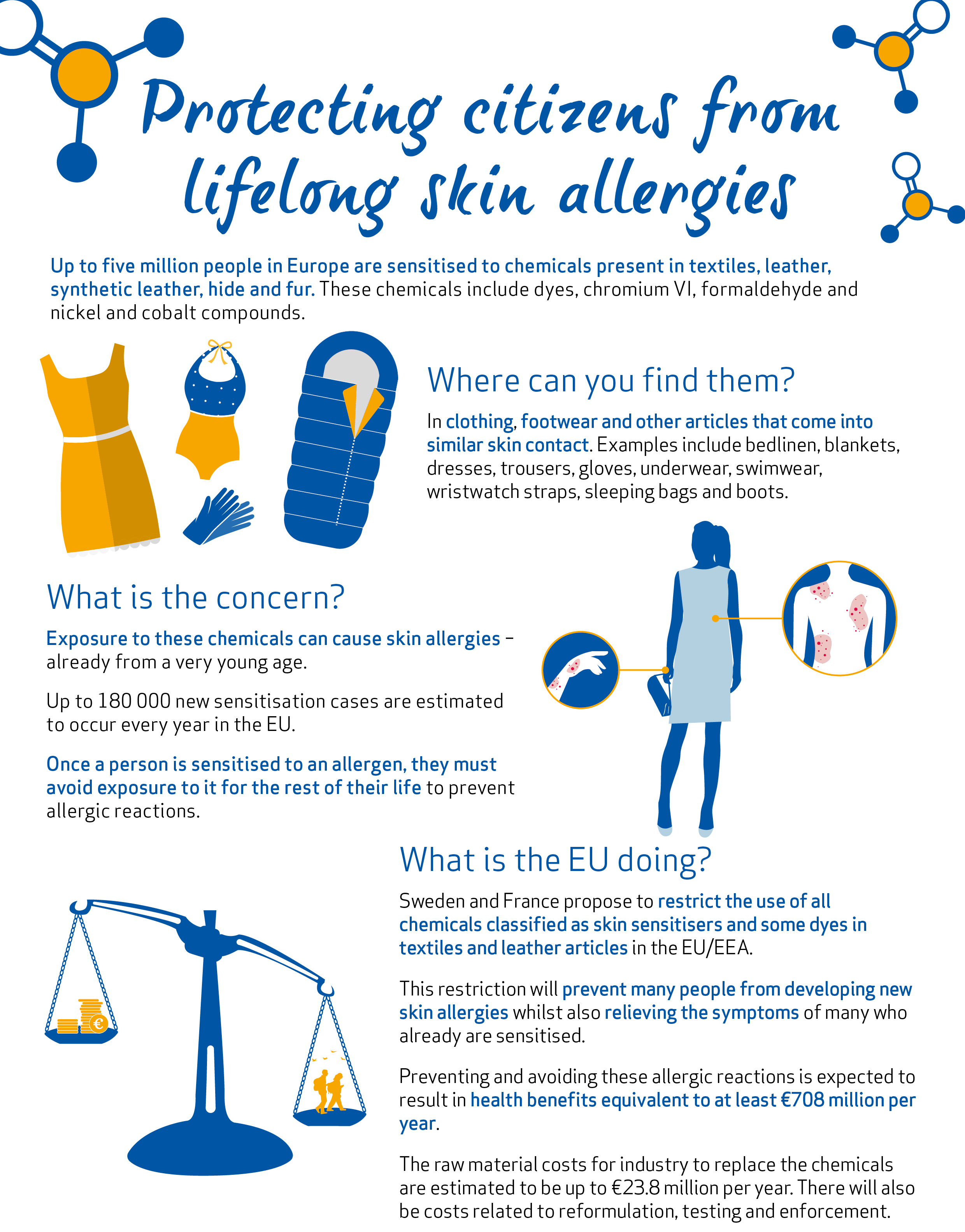