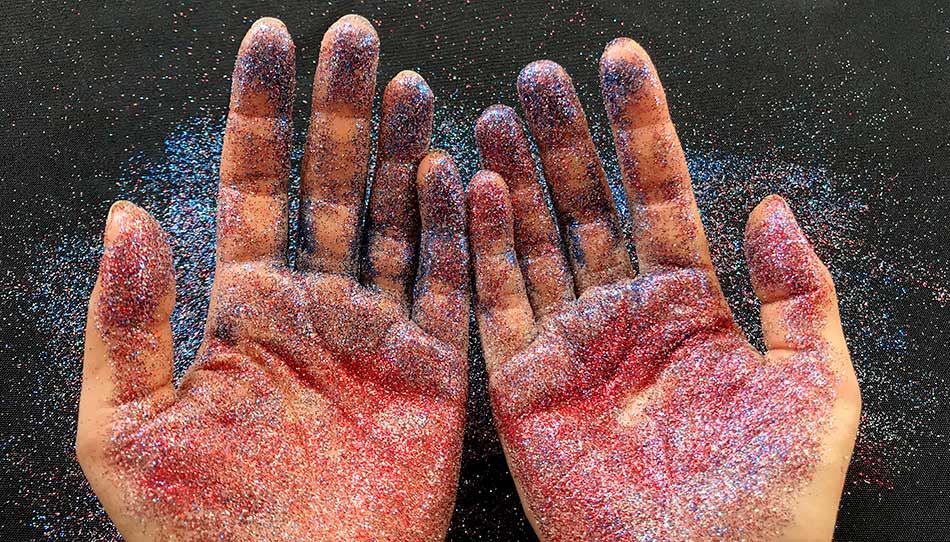 Plastics, are important materials that are abundant in our economy. They make our lives easier in many ways and are often lighter or cost less than alternative materials. However, if they are not properly disposed of or recycled after they are used, they are often released into the environment where they can persist for long periods and degrade into smaller and smaller pieces, called microplastics, that are of concern.

Microplastics are very small (typically smaller than 5mm) solid particles composed of mixtures of polymers (the primary components of plastics) and functional additives. They may also contain residual impurities from when they were manufactured. They can be unintentionally formed through the wear and tear of larger pieces of plastic, including synthetic textiles. They can also be deliberately manufactured and intentionally added to products for a specific purpose, for example, as exfoliating beads in facial or body scrubs.

What are the risks for the environment and human health?

Once in the environment, microplastics accumulate in animals, including fish and shellfish, and are consequently consumed as food, including by humans. Prompted by concerns for the environment and human health, several EU Member States have already enacted or proposed national bans on intentional uses of microplastics in certain consumer products, principally uses of ‘microbeads’ in ‘rinse-off’ cosmetic products, where the microplastics are used as abrasive and polishing agents.

in 2017, the European Commission published a study that provides further information on the intentional uses of microplastic particles in products and the risks they pose to human health and the environment.

The European Food Safety Authority (EFSA) has in 2016 reviewed the available evidence on micro- and nanoplastics in food in 2016. Experts identified the need to generate more data on their occurrence levels in food and on their potential effects on human health. To that end, EFSA is holding a scientific colloquium in 2021 to discuss the current state of play and ongoing research in this field and bring stakeholders together to build synergies.

In line with REACH procedures for restricting substances that pose a risk to the environment or human health, the Commission requested ECHA to assess the scientific evidence for taking regulatory action at the EU level on microplastics that are intentionally added to products of any kind. Other options for reducing the release of microplastics in the aquatic environment are being investigated in another project by the European Commission.

In what products can intentionally added microplastics be found?

Intentionally added microplastic particles are used in a range of products placed on the EU market including certain types of fertilisers, plant protection products, leave-on and rinse-off cosmetic products, household and industrial detergents, cleaning products, as well as paints and products used in the oil and gas industry.

In consumer products, microplastic particles are best known for being abrasives (e.g. as exfoliating and polishing agents in cosmetics known as microbeads), but can also have other functions, such as controlling the thickness, appearance and stability of a product. They are even used as glitters or in make-up.

Overall, around 50 000 tonnes of microplastics are estimated to be used in the EU/EEA each year. Around 42 000 tonnes are released to the environment annually (including releases from infill material used in artificial turfs, which could be up to 16 000 tonnes per year).

Starting in January 2018, ECHA examined the need for an EU-wide restriction on the placing on the market or use of intentionally added microplastic particles through a call for evidence and information, a stakeholder workshop held in May 2018 to discuss key issues related to the restriction, and by undertaking other studies and assessing the information received.

In January 2019, ECHA proposed a wide-ranging restriction on intentional uses of microplastics in products placed on the EU/EEA market to avoid or reduce their release to the environment. The proposal is estimated to reduce emissions by at least 70 % and prevent the release of 500 000 tonnes of microplastics over the 20-year period following its introduction.

A consultation on the restriction proposal was organised from March to September 2019. ECHA received 477 individual comments. Details of the consultation, including non-confidential responses, are available on ECHA’s website.

ECHA’s Committee for Risk Assessment (RAC) adopted its opinion in June 2020. The final opinion of the Committee for Socio-economic Analysis (SEAC) is expected by the end of 2020 - following a consultation on the draft opinion during summer.

Once the Committee opinions are formed, ECHA will send them to the European Commission. The Commission will consider the opinions and whether the conditions for the restriction are met. It will then prepare a proposal to amend Annex XVII to REACH, which Member States can vote on in the REACH Committee. The vote is followed by a period of scrutiny by the European Parliament and the Council before the restriction can be adopted.