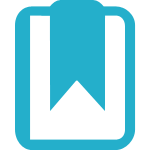 with soap and water.

Product arising from burning: Carbon monoxide and unidentified organic compounds may be formed during combustion.

Use water spray to cool containers exposed to fire.

Emergency measures in case of spillage: Avoid inhalation and contact with skin and eyes.  Self-

advised for major spills or leaks in confined areas.

Keep away from drains, surface and groundwater and soil.

vapours.  Gross spillages should be contained by use of

sand or inert powder and disposed of according to local

hygiene. Wash any exposed skin immediately after any chemical contact, before breaks and meals, and at the end of

each work period. Contaminated clothing and shoes should be thoroughly cleaned before re-use.

If appropriate, procedures used during the handling of this

material should also be used when cleaning equipment or removing residual chemicals from tanks or other containers,

esp ecially when steam or hot water is used, as this may

increase vapour concentrations in the workplace air. Where chemicals are openly handled, access should be restricted to

Store in a cool, dry, ventilated area away from heat

Keep containers upright and tightly closed when not in use.

Keep away from ignition sources and naked flame.

Packaging of the substance and or preparation: Polypropylene lined steel drums / containers.

Advice : Where appropriate, use closed systems to transfer and process this material.  If appropriate, isolate mixing rooms and other areas where this

material is used or openly handled. Maintain these areas under negative air pressure relative to the rest of the plant.

Use local exhaust ventilation around open tanks and other open sources of potential exposures in order to avoid excessive inhalation, including places where this material is openly weighed or measured.  In addition, use general dilution ventilation of the work area to eliminate or reduce possible worker exposures.  No respiratory protection is required during normal operations in a workplace where engineering controls such as adequate ventilation, etc. are sufficient.  If engineering controls and safe work practices are not sufficient, an approved, properly fitted respirator with organic vapor cartridges or canisters and particulate filters should be used:

a)while engineering controls and appropriate safe work practices and/or procedures are being implemented; or

b)during short term maintenance procedures when engineering controls are not in normal operation or are not sufficient; or

c)if normal operational workplace vapor concentration in the air is increased due to heat ;

e)if engineering controls and operational practices are not sufficient to reduce airborne concentrations below an established occupational exposure limit.

To the extent deemed appropriate, implement pre-placement and regularly scheduled ascertainment of symptoms and spirometry testing of lung function for workers who are regularly exposed to this material.  To the extent deemed appropriate, use an experienced air sampling expert to identify and measure volatile chemicals that could be present in the workplace air to determine potential exposures and to ensure the continuing effectiveness of engineering controls and operational practices to minimize exposure.

In December 2003, the National Institute for Occupational Safety and Health ("NIOSH") published an Alert on preventing lung disease in workers who use or make flavorings [NIOSH Publication Number 2004-110].  In August 2004, the United States Flavor and Extract Manufacturers Association (FEMA) issued a report entitled "Respiratory Safety in the Flavor Manufacturing Workplace".  Both of these reports provide recommendations for reducing employee exposure and for medical surveillance in the workplace.  The recommendations in these reports are generally applicable to the use of any chemical in the workplace and you are strongly urged to review both of these reports.  The report published by FEMA also contains a list of "high priority" chemicals. If any of these chemicals are present in this product at a concentration >= 1.0% due to an intentional addition by IFF, the chemical(s) will be identified in this safety data sheet.

Danger other than fire: Avoid contact with strong acids, alkali or oxidising agents.

Chemical reaction with water: None known

Dust explosion: Not applicable, the substance is a liquid.

Industry - Possibility of recovery/recycling: None

Industry - Possibility of neutralisation: Substance is a slight skin irritant, no other hazards known.

Industry - Possibility of destruction: controlled discharge: Any waste liquor from production is sent to the on-site WTP

before being dicharged into a river under licence.

Some liquid waste is segregated for off-site disposal as

Industry - Possibility of destruction - incineration: Some residues and unwanted fractions or distillate oils from

the distillation / purification process are generated.

These are blended with other oils and washed and analysed

before being burnt in the sites' permitted boiler or sent

off site as waste oil.

Industry - Possibility of destruction - water purification: Liquid waste is clarified before discharge into the local

to the local Sewerage Treatment Plant (STP).  The local

Water Services are the discharge authority and have issued

IFF with a Trade Effluent Permit.

Industry - Possibility of destruction - other: Both strong and weak wastes are co-metered into a high

sludge and pre-treatment sludges are de-watered and sent to

landfill via a waste contractor.

Public at large - Possibility of recovery/recycling: None

Public at large - Possibility of neutralisation: Not applicable.

Public at large - Possibility of destruction: controlled discharge: Not applicable.

Public at large - Possibility of destruction - incineration: Not applicable.

Public at large - Possibility of destruction - water purification: Not applicable.

Public at large - Possibility of destruction - others: Not applicable.