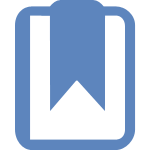 case of known or possible overexposure to this material or

loss of consciousness or other adverse effects which may be

Rinse affected area with clean water for at least 15

Do not use a chemical neutraliser.

Product arising from burning: The substance is combustible and will burn if involved in a

apparatus must be worn.

Fight the fire from a safe distance or protected location.

the relevant national or international standards, as

Absorb spillages of solutions with a suitable inert material

(eg. sand or soil). Carefully transfer the spillage to waste

containers, or use a sealed industrial vacuum machine.

Containers filled with waste material must be labelled in

the same way as the original substance containers.

Clean the spillage area with detergent and water. Care must

be taken not to discharge washings to the drain.

Dispose of waste material in accordance with local

Handling: The substance must be stored, handled and used under

conditions of good industrial hygiene and in conformity with

any local regulations in order to avoid exposure by skin and

Engineering controls are necessary to reduce exposure to the

When exposure cannot be prevented or adequately controlled

Such protective equipment must conform to the appropriate

international or national standards as follows;

Furthermore, when respiratory protective equipment has to be

used, it must be capable of adequately controlling exposure,

be suitable for the purpose, and conform to the appropriate

international or national standards, such as a dust mask

These measures should be regarded as a minimum.

Storage: Store in a cool, dry, well ventilated room and away from

Keep containers tightly closed when not in use.

Packaging of the substance and or preparation: 90L fibre drums lined with polyethylene, containing two 25

kg packs of material per drum.  The drums are securely

fastened with a clip-ring fastner.

Remarks:
Transport code: None
Transport: Avoid crushing the containers. In the event of a spillage,
observe the warning labels on the container.

Danger other than fire: None known

Chemical reaction with water: None which is hazardous.

Industry - Possibility of recovery/recycling: Discharge to the environment will be minimal. Recovery from

minor spillages or accidental discharge is not economically

nor technically feasible, and such waste material will be

disposed of by incineration. In principle, it may be

material for subsequent use.

Industry - Possibility of neutralisation: The notification tests have shown that the substance is

harmful if swallowed, a skin sensitizer, may cause serious

damage by prolonged exposure if swallowed and dangerous to

No chemical treatment is practicable to neutralise these

The dust hazard will be minimised by good engineering

No chemical treatment is practicable to neutralise the

inert material (eg. sand or soil) should not normally be

disposed of by landfill.

Industry - Possibility of destruction - incineration: The substance can be disposed of by incineration by burning

should be scrubbed, because noxious fumes (eg. carbon and

nitrogen oxides) could be formed.

Industry - Possibility of destruction - water purification: The substance should not normally be discharged directly to

the sewage system or the aqueous environment.

However, the substance is not considered to be toxic to

Industry - Possibility of destruction - other: None.

Public at large - Possibility of recovery/recycling: Not applicable

Public at large - Possibility of neutralisation: Not applicable

Public at large - Possibility of destruction: controlled discharge: Not applicable

Public at large - Possibility of destruction - incineration: Not applicable

Public at large - Possibility of destruction - water purification: Not applicable

Public at large - Possibility of destruction - others: Not applicable