Mr O’Malley became ECHA’s Director of Resources in January 2015 where he has delegated responsibility for ECHA’s finance, human resources and corporate services functions. Mr O’Malley joined ECHA in 2011 as Head of its Human Resources Unit. Prior to joining ECHA, he worked for 10 years with the Irish communications regulator, where he was Retail and Consumer Services Director and where he was previously Corporate Services Director and Human Resources Director. He also served as an officer in the Irish Defence Forces, including service with the United Nations in Lebanon and the European Union mission to Bosnia and Herzegovina, for over 17 years.

Mr O’Malley has wide experience in the fields of general management and human resources management in both the public and private sectors and has substantial experience of leading teams in multinational environments through his senior management roles in Finland, the USA, Croatia, Bosnia and Herzegovina, Lebanon and Ireland.

Mr O’Malley’s academic qualifications include a Master of Public Administration Degree from the London School of Economics and Political Science, a Master of Science (Management) Degree and a Master of Business Studies Degree. A native of Ireland, he is married with three children.

*Person designated by ECHA according to Regulation (EC) No 1367/2006 of the European Parliament and of the Council for requests for internal review of an administrative act or relating to an administrative omission.

Selection and appointment of the Executive Director

ECHA’s Executive Director is appointed on the grounds of merit and documented administrative and management skills, as well as his or her experience in chemical safety or regulation. 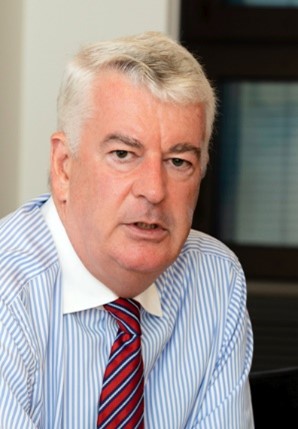