EC number: 295-331-2 | CAS number: 91995-68-5 A complex combination of hydrocarbons obtained as the extract from the solvent extraction of a catalytically reformed petroleum cut. It consists predominantly of aromatic hydrocarbons having carbon numbers predominantly in the range of C7 through C8 and boiling in the range of approximately 100°C to 200°C (212°F to 392°F). 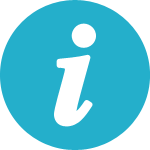